2 Dangerous Circuit Breakers That Could Be Hiding In Your Home 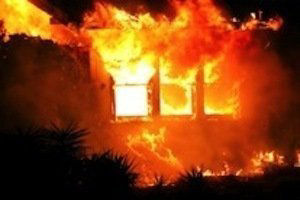 Imagine helplessly standing outside your house while you watch your home become engulfed in flames.

By the time firefighters arrive, it’s too far gone to save. The belongings and memories your home contains are lost forever. You’ll have to start over.

Now imagine the cause of the fire was a circuit breaker that’s been known to be defective for years.

This is not just an imaginary nightmare - for homeowners all over the nation, it’s a startling reality. And your Sarasota-area home could be at risk.

There are two types of potentially dangerous circuit breaker panels you should make sure your home electric system does not have: Federal Pacific Electric (FPE) panels and Zinsco panels.

FPE Panels – A History of Failure

Federal Pacific Electric panels were installed in millions of homes built from the 1970’s into the early 1980’s.

Circuit breakers like the FPE panel are safety devices, designed to stop the flow of electricity in the event of a circuit overload or short circuit. But the Federal Pacific panels consistently fail to do just that.

Although an investigation into the panels was cut short by the Consumer Product Safety Commission in 1983, citing the cost of the testing and the commission’s “limited budget,” there is plenty of evidence of the dangers of these panels.

In documents by filed to the 1982 Securities and Exchange Commission, Reliance Electric (the company who bought Federal Pacific) states that, “UL listings on circuit breakers made by Federal Pacific have previously been obtained through the use of deceptive and improper practices.”

Also, one engineer who spent more than 20 years researching FPE Circuit Breakers, told NBC, “There is no inconsistency and no dispute in the fact that they [FPE panels] are defective.”

Some insurance companies will not cover a home that has an FPE panel. If you find one in your Sarasota-area home, we recommend replacing the entire panel immediately.

Zinsco panels are less common in Sarasota-area homes but can be just as dangerous.

Up until the mid-1970’s Zinsco panels were installed throughout much of North America. And while production was stopped when the design flaws were discovered, some previously purchased panels were still installed.

The problem with Zinsco panels is their tendency to overheat and melt. This can cause the circuit breakers to become stuck in the “on” position, even if they appear to be off.

This presents a real fire and shock hazard for any home with these Zinsco panels.

Like the FPE panels, we recommend replacing the entire panel if you have a Zinsco circuit breaker in your home.

Get Peace of Mind

Even if it seems your circuit breaker or fuse panel is working correctly, you may have one of these dangerous panels in your Sarasota-area home. Get peace of mind by replacing these fire hazards.

Not sure what to look for? Contact Energy Today for a safety inspection of your home’s electrical system.